There’s a call for a public awareness campaign on radon and for grants for homeowners with high levels.

That’s according to Kerry councillor Michael Foley, who was speaking after the publication of a report which shows high levels of radon in large sections of Kerry.

The Environmental Protection Agency published a map of the country, marking out what areas are expected to have high levels of the lung cancer-causing gas, radon.

It’s formed in the ground by the decay of uranium, which is present in all rocks and soils.

Every year in Ireland, radon causes about 350 cases of lung cancer.

The EPA’s map shows high levels of radon in large sections of Kerry.

Ballylongford councillor Michael Foley is calling on the Department of Health and the HSE to carry out an immediate public health awareness campaign on the matter.

He’s also asking them to look at providing grant funding for homeowners with high levels of radon, that need to install a sump to lower radon.

People can check the EPA’s website to see if their home is in a high radon area; there’s also details available there on testing services. 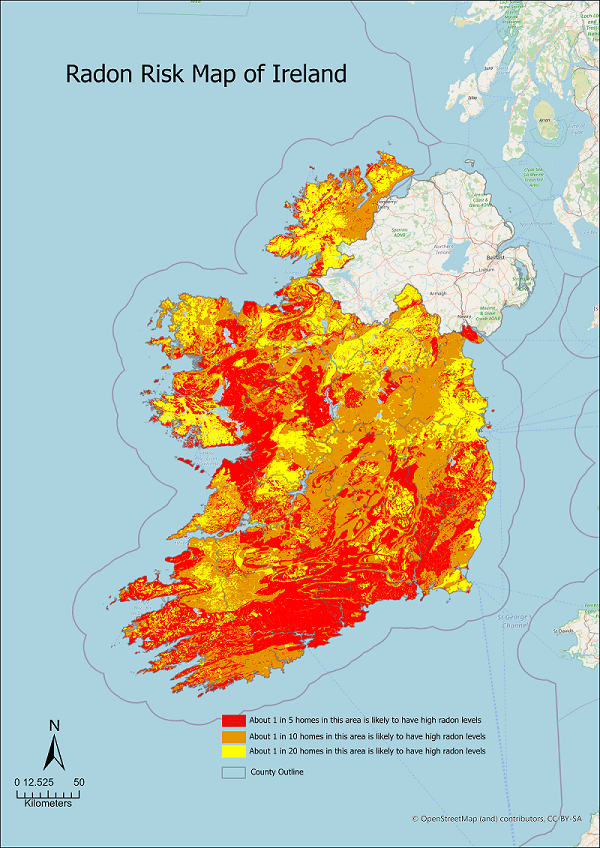