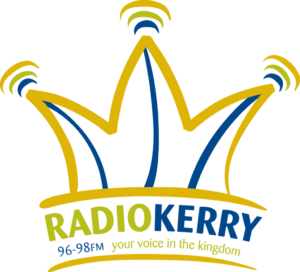 Radio Kerry first went on air on July 14th 1990. The station headquarters are in Tralee, the county town of Kerry, with additional offices and studios in Killarney.

… Radio Kerry moved to a new custom-built building in Tralee town centre with top quality digital broadcasting and production facilities as well as a fully equipped editing suite and a television studio. There are approximately 60 people employed at the station in full-time, part-time and freelance positions.

… Radio Kerry moved to custom built studios in Killarney town centre. Many programmes and features are broadcast from here on daily basis.

… a new logo was introduced, the building refurbished and the entire broadcast network along with studios and equipment was updated.

… Radio Kerry introduced a new Outside Broadcast Unit which is equipped with the latest in digital broadcasting and IP satellite technology.

… Radio Kerry introduced two new events … The Kerry Wedding Show in February and Kerry’s Got Talent for the Summer period.

… Radio Kerry brought X Factor Winner Alexandra Burke and Britain’s Got Talentwinners dance group Diversity to Tralee and also introduced a FREE App for download to enable Apple iPhone and iPod Touch users the opportunity to listen to Radio Kerry wherever they are in the world!

… Radio Kerry introduced the Kerry Business Awards to recognise excellence in Kerry Business.  Over a 12 month period from February 2013 72 businesses were rewarded in 6 main categories. from these monthly category winner Quinlans Fish emerged as the Kerry Business of the Year and they were presented with their award by Republic Ireland Manager Martin O’Neil at a Black Tie event held in March 2014

…In October Radio Kerry was named PPI Local Station of the Year for a record fourth time in 9 years and also collected the Gold award for Sports Programme of the Year “Terrace Talk” and Silver for JJ O Shea in the Specialist Music Broadcaster Category.  It was a great year for the Kingdom coming hot on the heels of the 37th All Ireland Senior Football Title and the first Minor Football title for 20 years in September

… On December 12th the first Radio Kerry Christmas Jumper day in aid of St Vincent De Paul had people of all ages taking pictures of themselves wearing Christmas Jumpers while donating money to the charity.  €10,000 was raised in Year 1.

… Radio Kerry was named PPI Local Radio Station of the Year for the fifth time.

The National Radio Awards were set up in 2000 to recognise excellence in the radio industry. Since 2005 Radio Kerry has received 98 Radio Awards nominations and won 44 awards – 15 gold, 13 silver and 20 bronze .

Radio Kerry broadcasts on five frequencies – 96.2, 96.6, 97.0, 97.2 and 97.6FM – throughout the County of Kerry. The station can also be picked up in parts of the surrounding counties of Cork, Limerick, Tipperary and Clare and on the internet at www.radiokerry.ie. Listening is also available via our App for IOS and Android devices.

Due to the nature of a local radio station’s audience profile it is necessary to cater for a variety of programming tastes. A typical Radio Kerry listener is aged between 25 – 65 and their main information requirements are current affairs, local news, sports, music, specialist speech programming and weather. Their music interests are very varied. For this reason Radio Kerry broadcasts a number of special interest music programmes nightly.