Kerry Airport’s CEO wants the government to commit to reinstating the PSO contract on the Kerry-Dublin route, if the need arises.

The Department of Transport is currently inviting interested parties to put forward items to be considered in the upcoming mid-term review of the Regional Airports Programme.

The Department of Transport is inviting individuals or groups to make submissions on any issue they would like to see included in the mid-term review of the Regional Airports Programme 2021-2025.

Kerry Airport CEO, John Mulhern says as part of the process, consideration may be given to reinstating the Public Service Obligation contract on the Kerry Dublin route, if at any stage it becomes commercially unviable for Ryanair.

In a letter to local business representative organisations, Mr Mulhern, says since the pandemic passenger growth on all routes, in particular Kerry-Dublin, confirms demand, and underlines the airports’ importance in providing connectivity to the region.

He notes Ryanair has made every effort to recover the Kerry-Dublin route, and recent passenger numbers exceed 2019, when it was at its most successful.

He warns though, this must not be taken for granted, and therefore the Government needs to commit to reinstating the PSO contract on the Dublin-Kerry route, if Ryanair decides to cease providing the service on a commercial basis in the future.

John Mulhern’s letter urges local stakeholders to remind the Government not to overlook the considerably lengthy journey times that still exist for people traveling between Dublin and many parts of Kerry.

The closing date for submissions to the mid-term review of the Regional Airport Programme is January 31st; they can be made by emailing [email protected] 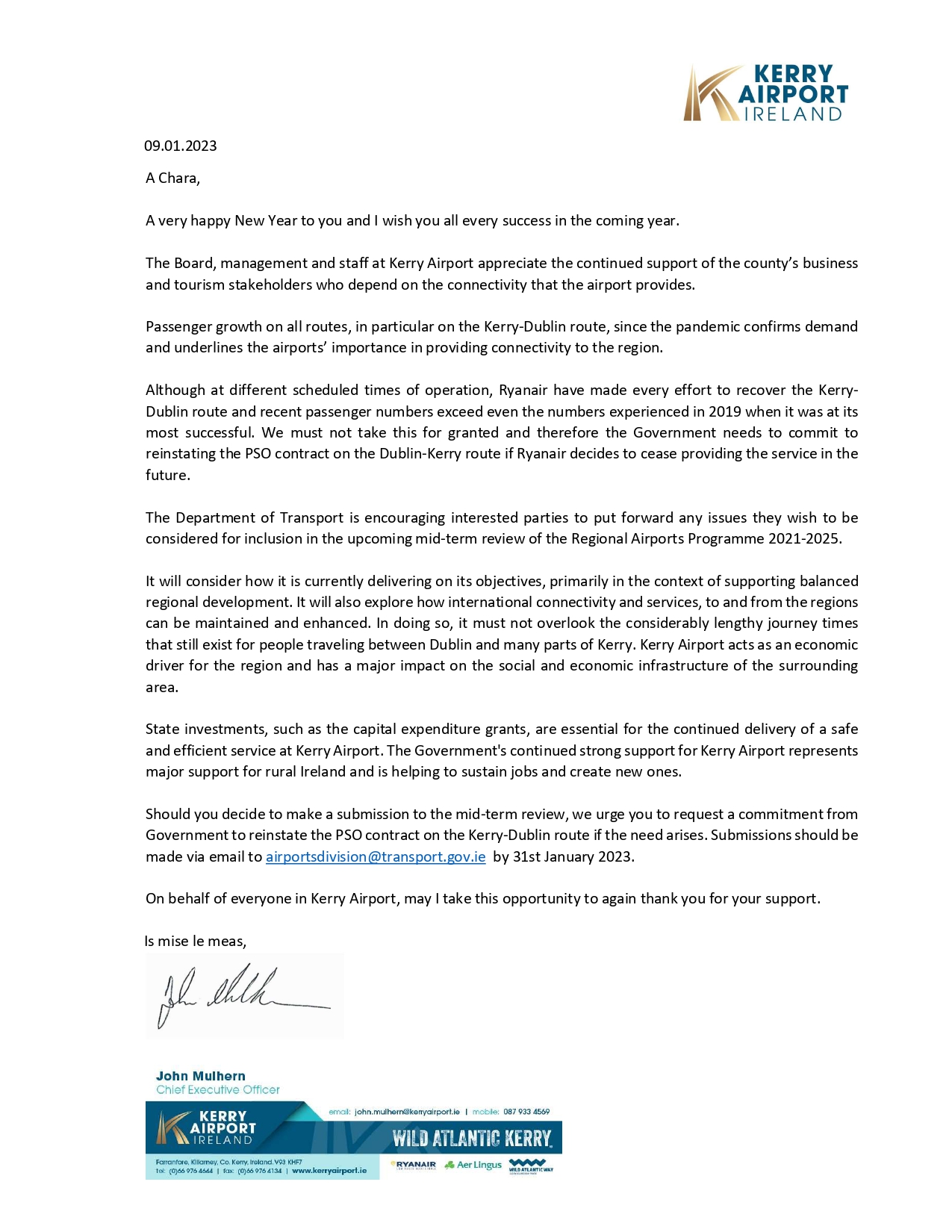 25% drop in people in homeless accommodation in Kerry last month

Planning granted for 43 apartments in Killarney