The figures were provided following a motion by Independent councillor Brendan Cronin at the monthly meeting of the council.

The figures show that over €6.027 million was paid to 54 companies in total throughout last year.

Cllr Brendan Cronin stated it was interesting to see that a number of the companies were from outside Kerry.

In response, the council says last year the hiring of plant and machinery for Kerry County Council was procured through the Dynamic Purchasing System for Local Authorities (the “DPS”).

This is an open market procurement mechanism that remains open to new or previously unsuccessful applicants; it says this makes it an effective, compliant arrangement for supporting micro, small and medium-sized enterprises.

The council says the ongoing achievement of cost effectiveness and value for money in this area, as in all other activities, remains critically important.

The full list is of contractors and the amounts they were awarded: 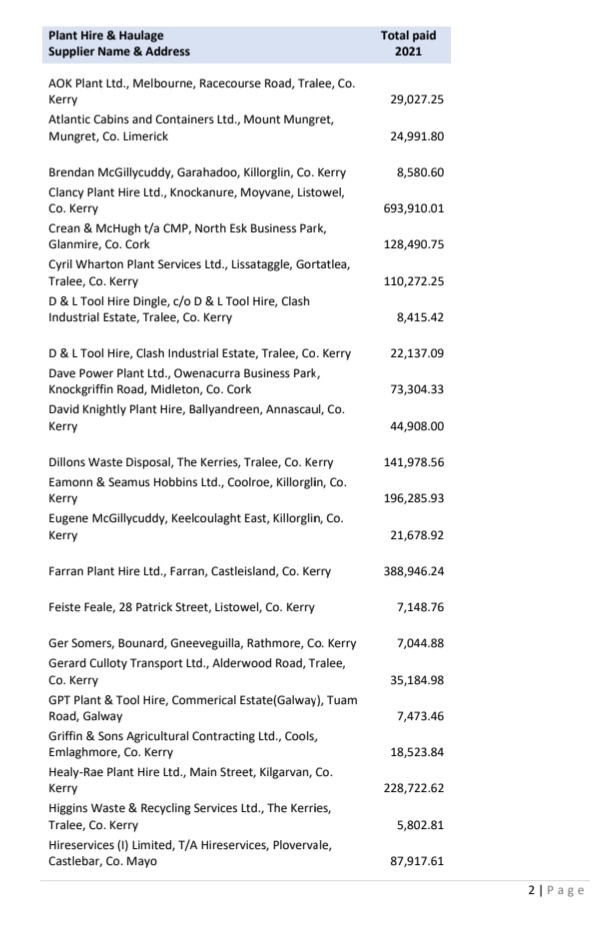 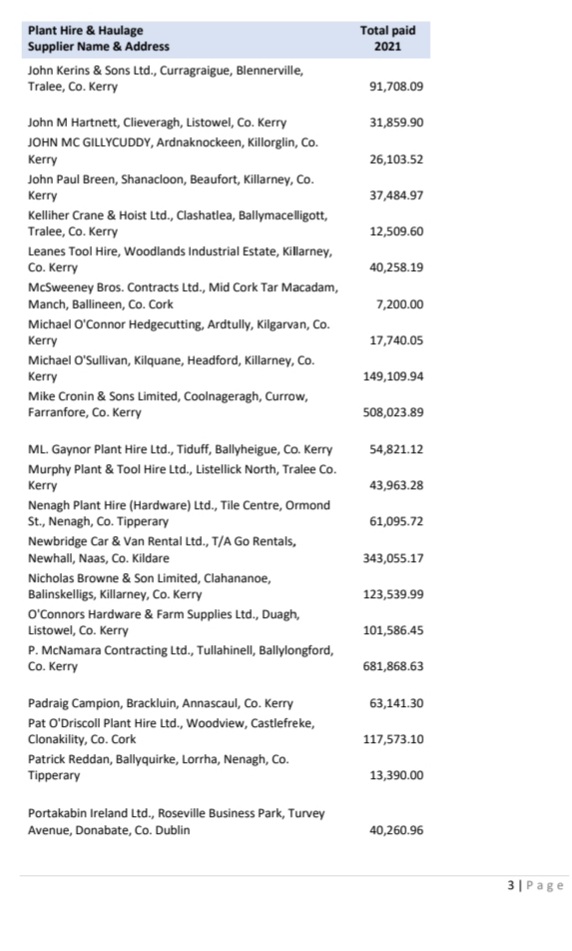 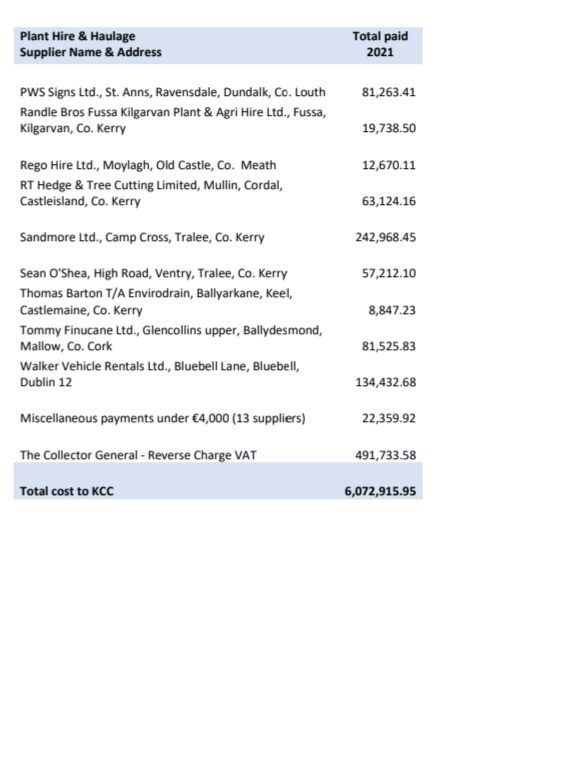