Eight new public transport routes are being proposed for Kerry in the NTA’s Connecting Ireland plan.

In Kerry, eight new routes are proposed, including Tralee-Castlegregory, Tarbert-Killorglin and Cahersiveen-Knightstown, all to run three return trips per day, as well as Fenit-Kerry Airport, to run four return trips per day Monday to Saturday, and three on Sunday.

There are also proposals for a new, two-way Ring of Kerry loop, replacing existing routes and to run at least five return trips per day. Other areas in Kerry which could see improved connectivity include Currans, Killarney and Ballybunion.

Regional corridors are also proposed, which would add to existing routes by increasing service frequency. The NTA says that over 100 rural villages will benefit from frequent public transport services.

People can give their views on the NTA’s website. 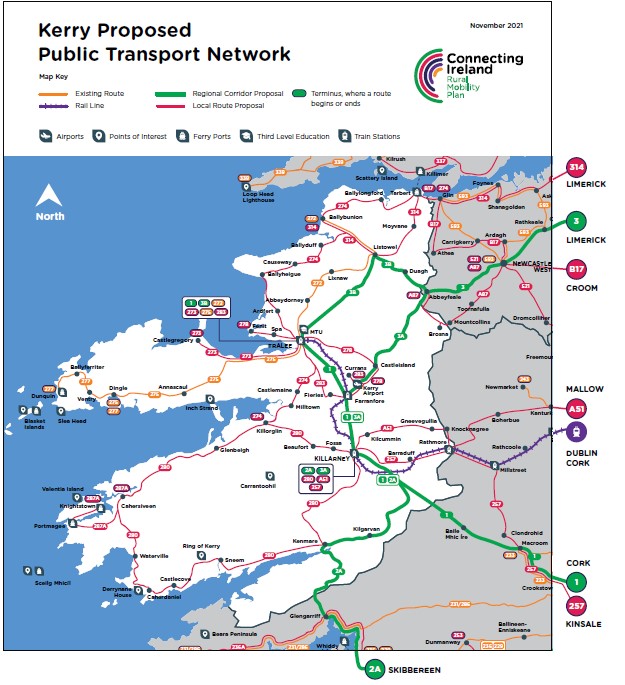