A Minister of State is calling for a change to planning laws which he says is needed to prevent the delay in work to vital flood defences in Kerry and across the country.

Patrick O'Donovan is Minister of State at the Office of Public Works which has responsibility for such works.

He says objections to flood defence plans are holding up vital works for years, and this has to change because we're in a climate emergency. 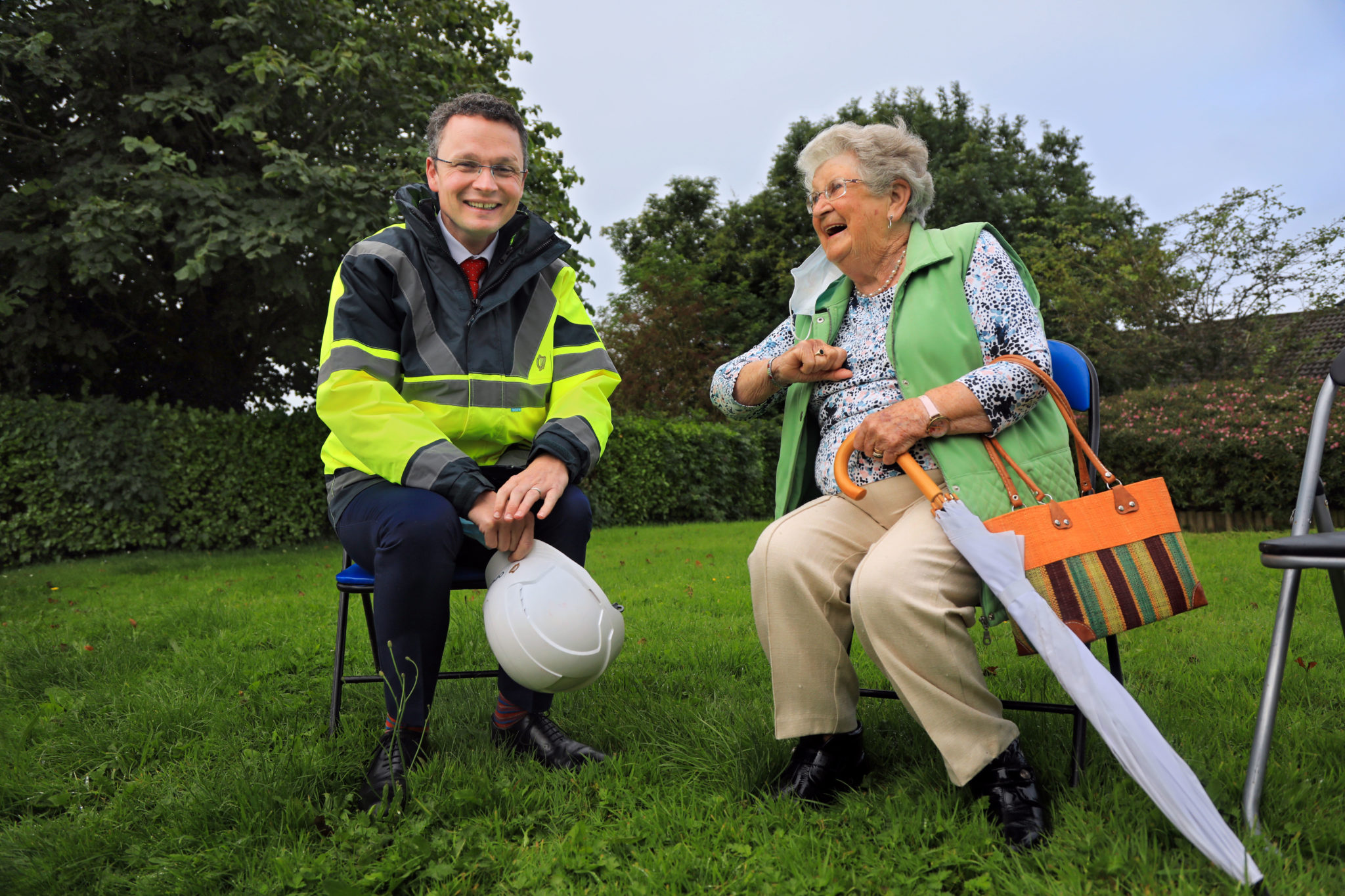 Meeting the Neighbours...Ena Bunyan, (almost 93 years) PRO, Listowel Riverbank Community, who delievered an impassioned speech, at a meeting with Patrick O’Donovan TD, Minister of State with responsibility for the Office of Public Works (OPW) to visit Listowel, to announce the appointment of Ward and Burke Ltd, Contractors, to undertake remedial works along the northern bank of the River Feale in Listowel.
This work is being progressed by the OPW under statutory powers conferred on them for the maintenance of the River Feale Certified Drainage Scheme. These emergency works are required to ensure stability and remediate the slope failure that occurred in February 2020, which has threatened the structural stability of a number of properties along Convent Street.  Photo: Valerie O'Sullivan

The OPW has today appointed Ward and Burke Ltd., Contractors to undertake remedial works along the River Feale in Listowel.

This follows the collapse of a section of elevated bank slope along the northern bank of the river, adjacent to Convent Street, during storms in February 2020.

Minister Patrick O’Donovan says the works will stabilise the slope failure, which threatened the structural stability of 18 properties along Convent Street.

Kerry has second-highest COVID rate in the country