They fear the way the hospital is going could result in services being downgraded, and say the hospital needs leadership, drive and intent from management.

Dr Tom McCormack, on behalf of the Consultant Body of UHK, wrote this letter to Gerry O’Dwyer, CEO of the South/Southwest Hospital Group. UHK consultants believe the hospital’s trajectory threatens its ability to continue as a level three hospital, and say hospital management must show leadership, drive and intent.

They’ve lost confidence in the HSE to provide safe, timely, and effective care for patients. They highlight that PCR testing isn’t available after 8 o’clock at night, which results in patients and staff being exposed to COVID, and is causing outbreaks.

They say a lack of single rooms also increases infection risk, and add that an isolated modular unit is urgently required for patients with suspected or confirmed COVID-19. The consultants ask if a contingency plan for bed availability will be put in place while refurbishment works are undertaken, as an agreement with the Bon Secours hospital is only for a further four months.

There’s been no elective surgery at UHK since mid-September, with reduced activity for the past 18 months; the consultants believe no other hospital has had surgery cancelled this length of time.

They note there’s a huge shortage in UHK of nurses, and of additional supports, which would prevent nurses from carrying out non-nursing duties. The AMU or acute medical assessment unit, which opened during the summer, would alleviate some of the problems with ED overcrowding and patient flow; consultants say it’s closed more than it’s open due to staffing issues.

There’s been no Deputy Manager at UHK since June, and consultants are asking when the post will be filled. They also say it’s unlikely the Consultant Haematologist will remain in his post, as he has no means to carry out his core work, including having no microscope and no office.

They question how the hospital could attract a second haematologist, which is needed to deliver a transfusion service, which is necessary for maternity, surgery and orthopaedic services. 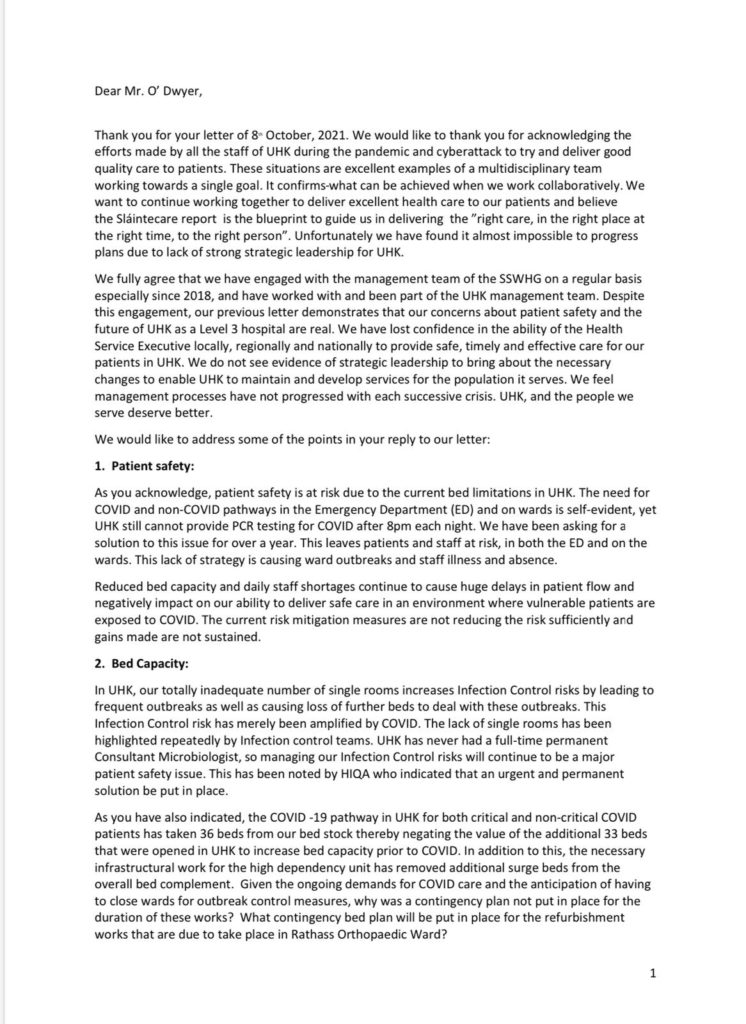 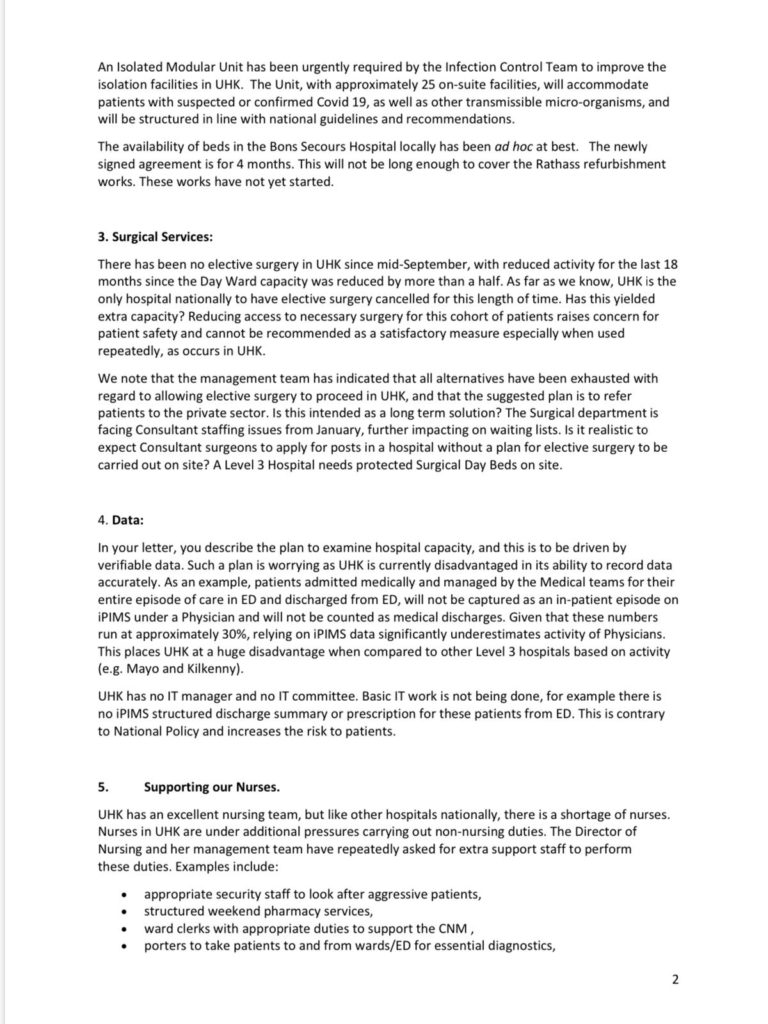 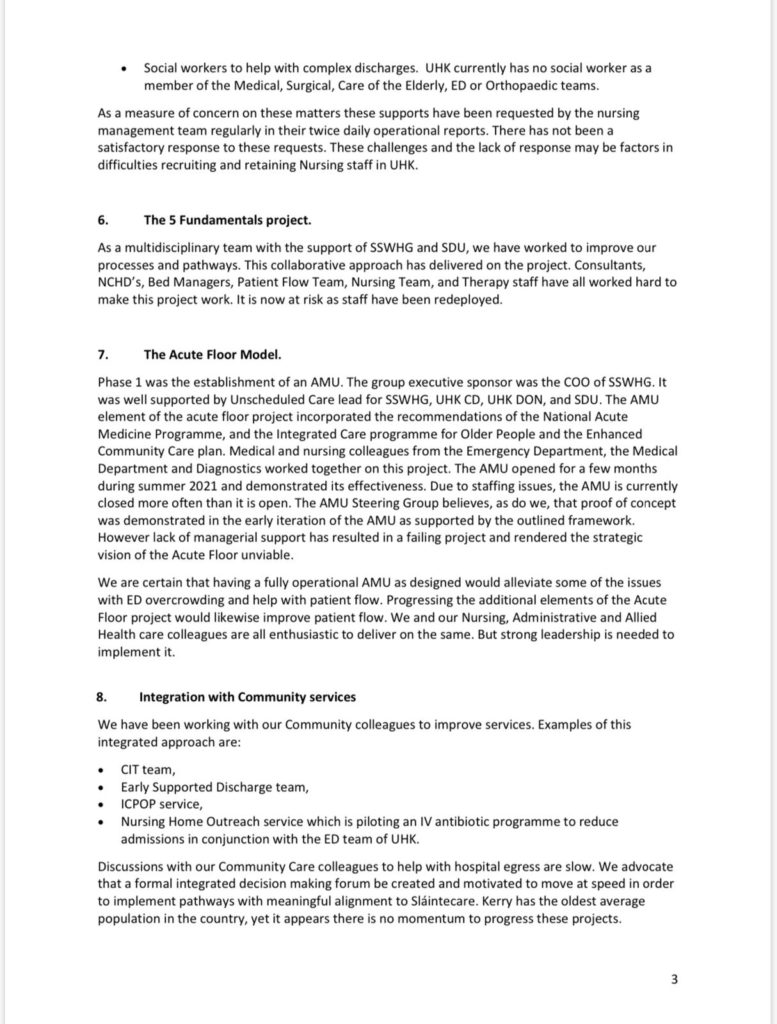 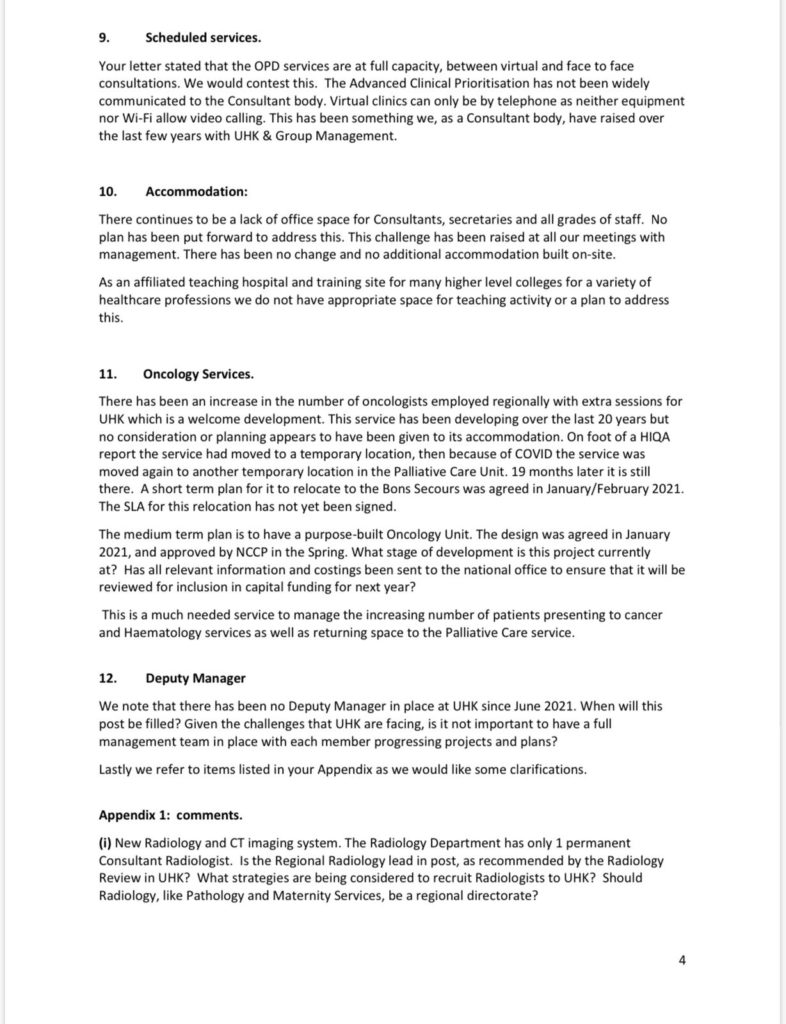 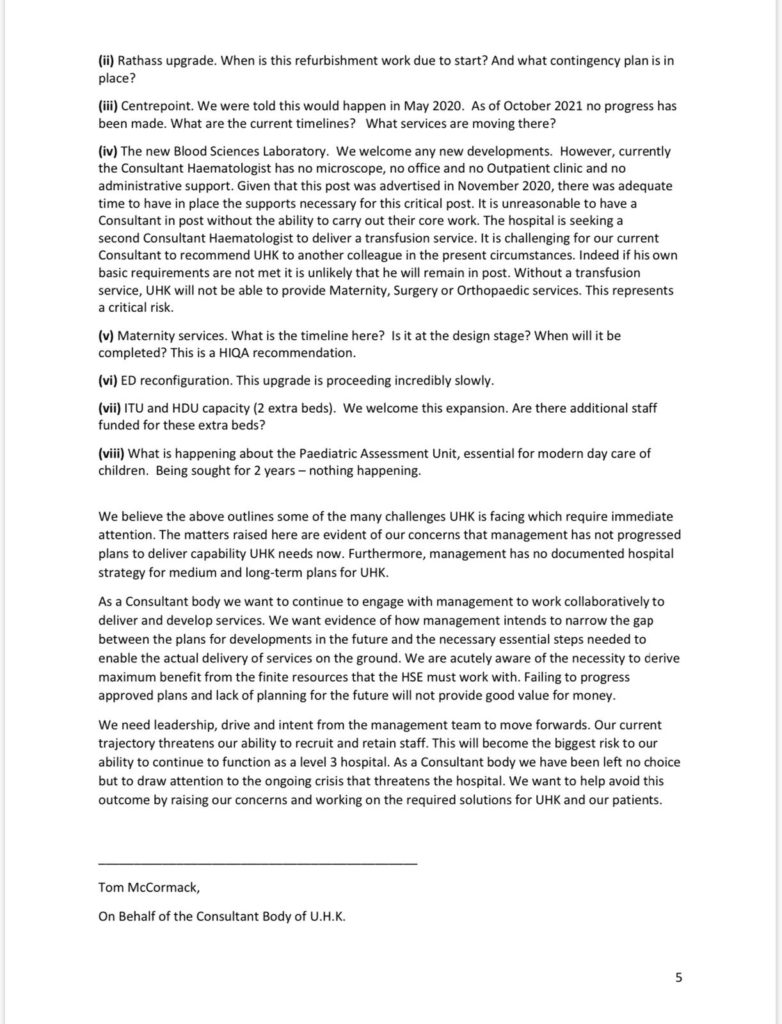