Austin Stacks are to play in the Kerry Petroleum Intermediate Club Football Championship in 2023.

That's after they lost the Senior Relegation Play-off to a Sean O'Shea inspired Kenmare Shamrocks at Fitzgerald Stadium, Killarney by 3-11 to 1-5.

Sean O'Shea had the first point, for Kenmare, but Armin Heinrich equalised on 6 minutes. A Michael O'Donnell free from distance a minute later had Stacks in front. Shane O'Sullivan levelled for Kenmare after 9 minutes. Another Stacks free, this time courtesy of Sean Quilter, put them ahead again at 3 points to 2. In the 13th minute Shane O'Callaghan doubled that Stacks advantage. Great work from Paul O'Connor a minute later set up Stephen O'Brien for a Kenmare goal to give them the lead. A minute later Kenmare goaled again, James McCarthy the scorer this time. Suddenly it was double scores in favour of Kenmare at 2-2 to 4 points. The next score, in the 18th minute, was also a Kenmare goal as Sean O'Shea set-up David Hallissey to net. Stacks went right up the other end and Michael O'Donnell goaled for Stacks to make it 3-2 to 1-4. A point blank save by Kenmare keeper Kieran Fitzgibbon, denying Jack O'Shea, prevented another goal for Stacks, the ball going over the bar. Kenmare responded with a Paul O'Connor point to leave it 3-3 to 1-5 five minutes from half-time. Stacks had three quick points to narrow the gap to the minimum at 3-3 to 1-8. 2 Sean O'Shea frees then nudged Kenmare further in front and it was 3-5 to 1-8 in their favour at the break. 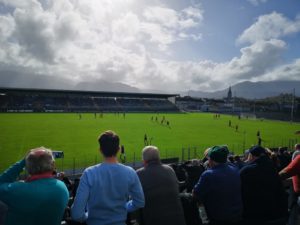 The second half was in its infancy when Stacks lost Kieran Donaghy to injury although he did return towards the end of the encounter. In the 36th minute Stephen O'Brien kicked Kenmare 4 clear. A monster effort from Sean O'Shea, 55 yards out and 5 yards in from the sideline, then put Kenmare 4 clear. The same man put 6 between the sides at 3-8 to 1-8, three quarters of the way through the contest. Ten minutes from the end the Kenmare lead stood at 3-9 to 1-9 and another fantastic Sean O'Shea point put Kenmare 7 up. Stacks got it back to a 3 point game heading towards added on time; 3-10 to 1-13. Stacks had the next score as well to reduce the gap to 2. A Sean O'Shea free, his 8th point of the day, in the 67th minute extended the Kenmare advantage to 3. Kenmare were then reduced to 14 men for a second yellow card, Stacks subsequently pointing to close it to 2 points. However, they got no closer and Kenmare were safe. 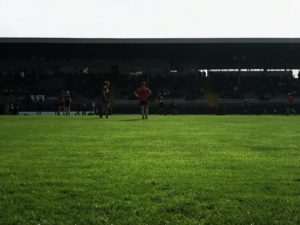 MEP for Kerry encourages people to do password spring clean