Surgeons from University Hospital Kerry have written to GPs saying the hospital has one of the longest waiting lists for surgery in the country.

It states there are 2,200 patients waiting to be seen in the surgical out-patients department, and that non-urgent surgical referrals will no longer be accepted.

They note protected surgical daybeds have been taken over for emergency purposes.

The consultants says that due to nursing and infrastructural shortages, the hospital isn’t able to provide the service the people of Kerry deserve.

It states there are 2,200 patients waiting to be seen in the surgical out-patients department, and that non-urgent surgical referrals to out-patients can no longer be accepted.

Sinn Féín TD Pa Daly raised the issue in the Dáil last evening, asking the Government to do something.

He says elective surgeries have been curtailed for four weeks running, and he’s hearing about people waiting for an hour for an ambulance.

Deputy Daly says on top of surgeons writing to GPs, nurses who’ve given their heart and soul to the hospital are leaving.

He believes the situation isn’t sustainable, adding things are falling apart in UHK.

Meanwhile Tralee Cllr Terry O'Brien says it's too easy to lay the blame for UHK’s problems on the current Minister of Health.

The Labour councillor believes what’s needed now is for all parties to come together and solve the immediate problem at UHK - the Emergency Department. 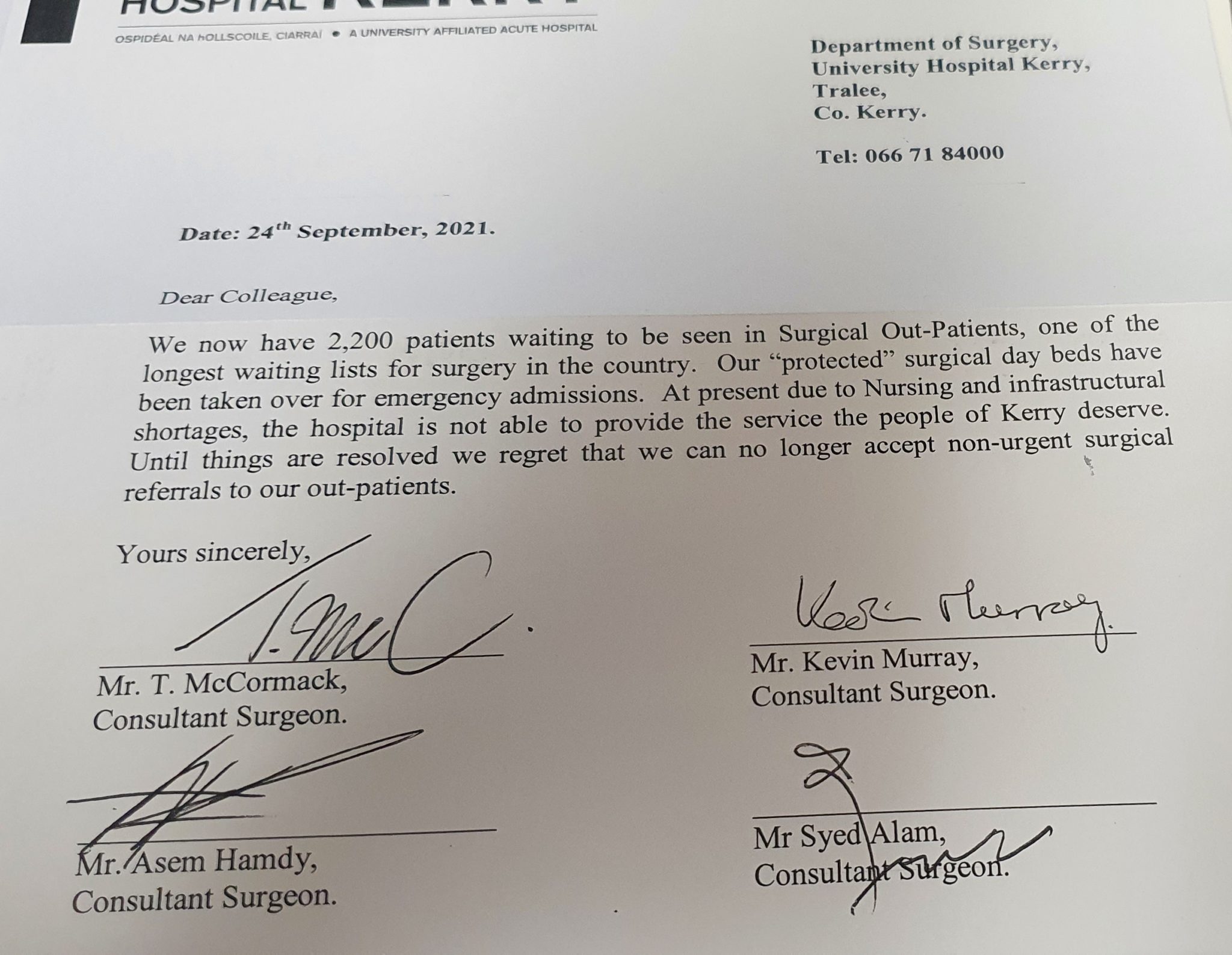