A decision on whether to grant planning permission for a liquefied natural gas terminal in North Kerry has been postponed for the second time this year.

An Bord Pleanála was due to decide on Friday on whether it would grant planning permission for the Shannon LNG terminal proposed for the Tarbert Ballylongford landbank.

It had been due to make a decision in March but a revised decision date had been set for September 9th.

An Bord Pleanála says no new date is yet set  but that its board will try to make a decision as soon as is practicable.

The delay relates to additional information that the company behind the planning application, New Fortress Energy, submitted to An Bord Pleanála on August 18th.

A notice published in today’s Kerryman states that this information may be viewed at Kerry County Council’s planning department, County Buildings, Tralee, at An Bórd Pleanála’s office in Dublin or at  https://stepplanning.com.

October 10th is the deadline to make submissions or observations to the planning appeals board.

Planning was first granted 16 years ago for a liquefied natural gas terminal on the Tarbert Ballylongford landbank, however it’s been beset by delays relating to regulatory matters, planning objections, and a controversy over the funding of interconnector pipes from the UK to transport gas.

Opponents to Shannon LNG point out that gas is a fossil fuel, would increase carbon emissions and would use fracked gas from the US.

New Fortress Energy says no fracked gas would be used, that the proposed development does not increase gas use or ‘lock-in’ natural gas and that an LNG terminal is essential to provide security of energy supply.

The company states the proposed facility can transition to hydrogen gas in the future and connect to offshore renewable developments. 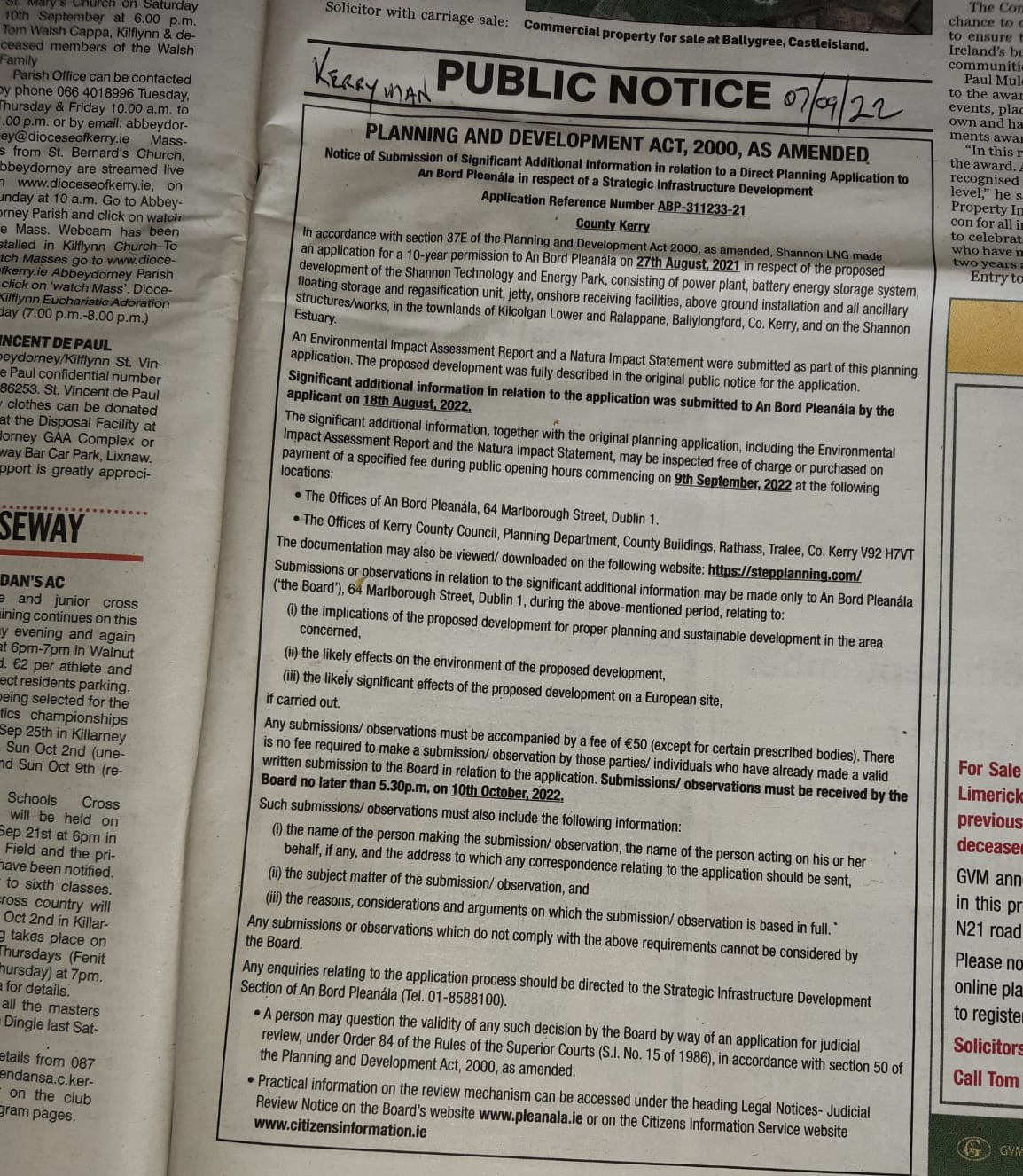 Department of Integration breaks silence on plans for Listowel Convent

Department of Integration breaks silence on plans for Listowel Convent