Some public water systems in North Kerry have levels of trihalomethanes (THMS) that are over the recommended limits.

The allowable limit is 100 micrograms per litre.

Fine Gael councillor Michael Foley received the figures from Irish Water; they cover samples taken in between January and June this year.

Irish Water says it’s taking action to remove the risk of the formation of elevated levels of trihalomethanes in all public water supplies.

Trihalomethanes are chemicals which are formed by the reaction of naturally occurring dissolved organic material in the water and chlorine, which is used for disinfection purposes.

In correspondence to councillor Michael Foley, samples taken in Ballylongford, the Ardoughter Reservoir Outlet, Ballybunion, Asdee and Listowel had levels above the allowable limit.

Irish Water says chlorination is an essential step in the production process to ensure harmful bacteria are eliminated from drinking water.

The national utility adds the HSE and World Health Organisation states evidence in relation to trihalomethanes is that the benefits of using chlorine to treat drinking water are much greater than any possible health risk they pose.

Cllr Foley says he’s not trying to be alarmist and says the short-term health effects of THMs in drinking water are rare.

However, he says it’s important that Irish Water these figures are available to the public to ensure that the raised levels are of a short timeframe rather than long-term, which could be detrimental to public health.

Irish Water says the protection of public health is its first priority, adding it contacts the HSE as soon as its monitoring programmes detect levels above the allowable limit. 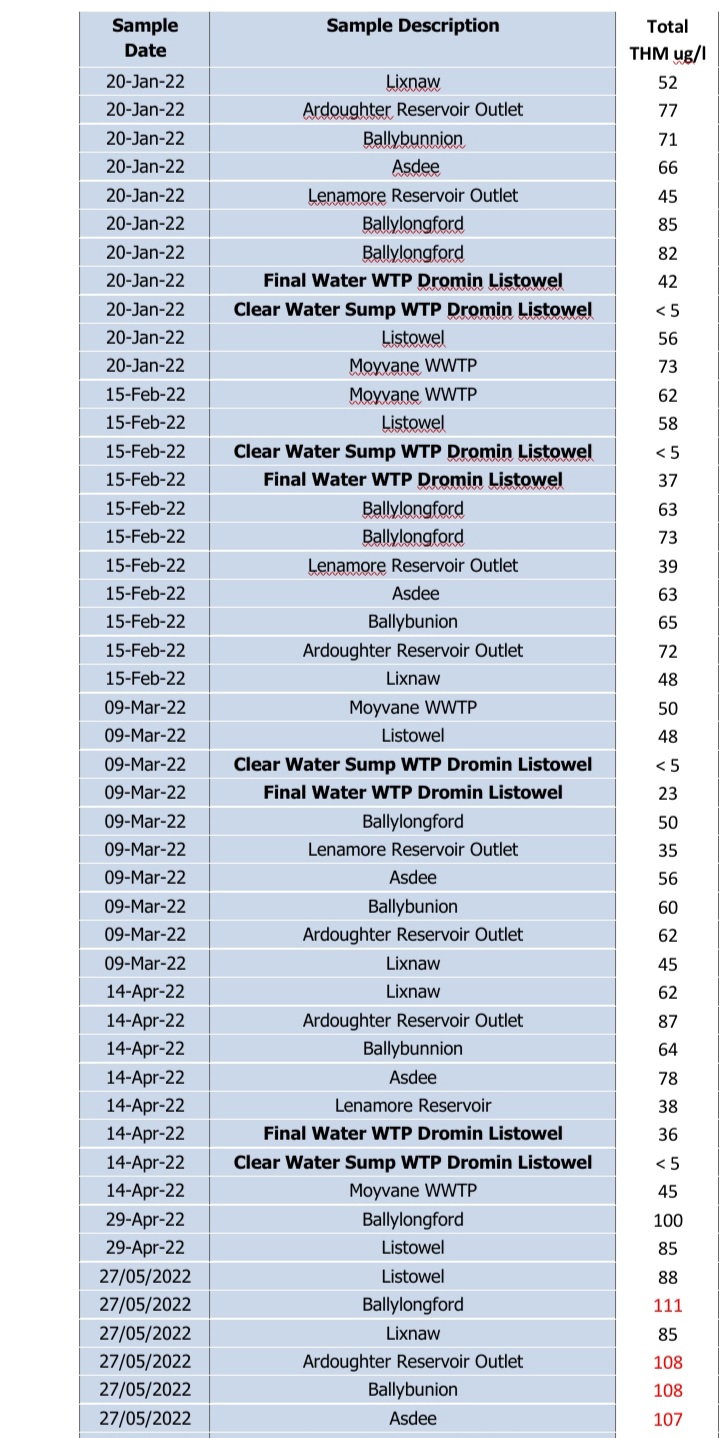