Causeway are the 2022 Garvey's County Senior Hurling Champions after a 5 point over rivals Ballyduff in Austin Stack Park, Tralee. 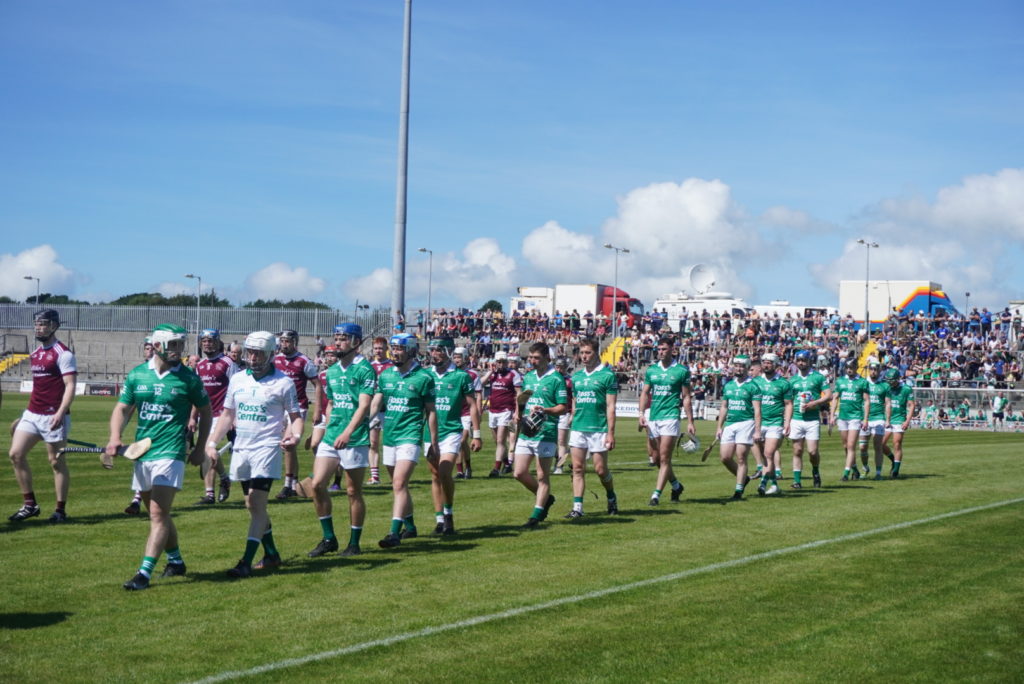 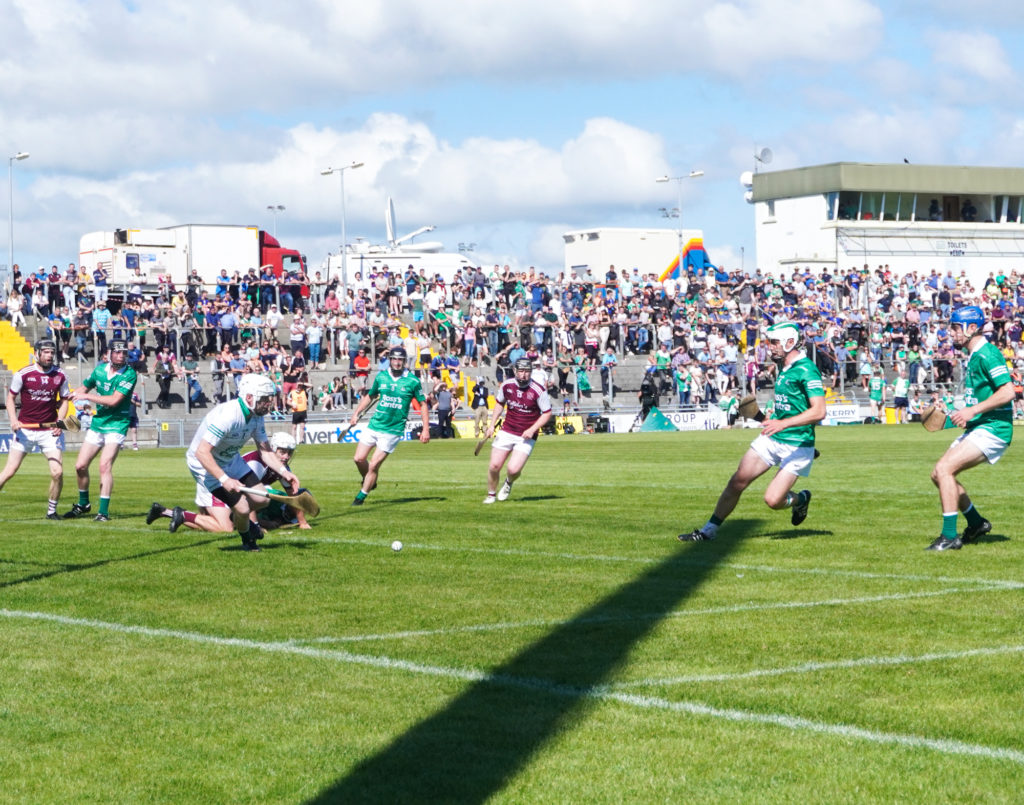 On what was a perfect day for hurling in glorious sunshine, Eoin Ross opened the scoring for Ballyduff inside two minutes.

There’s no Hawk Eye in Austin Stack Park but the human eyes in the commentary box thought that Colum Harty’s attempt to level the score for Causeway was over the bar. However, the officials ruled that it was wide.

Ballyduff doubled their lead before Paul McGrath made up for an earlier miss to put Causeway’s first point on the board and the sides were level by the time the 9th minute came around. 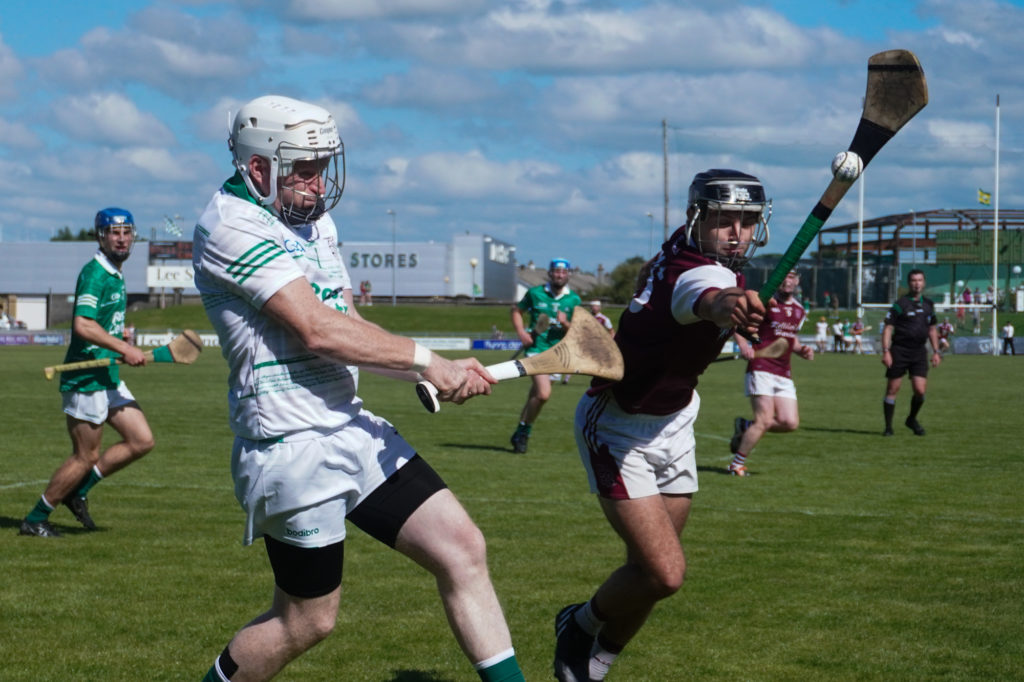 The maroon and white of Causeway were in front for the first time on 12 minutes thanks to Brandon Barrett, but not for long because Padraig Boyle levelled things again for Ballyduff with a 65.

Corner back Kyle O’Connor came up from corner back to give Ballyduff the lead with a great point from the left wing after 16 minutes.

Daniel O’Carroll played a leadership role with a fantastic point from 65 metres out to extend Ballyduff’s lead to two points – 0-5 to 0-3.

Successive Causeway frees – first from Brandon Barrett and then from Paul McGrath – brought them level again on 24 minutes. Dan Goggin also found the target with another Causeway point. 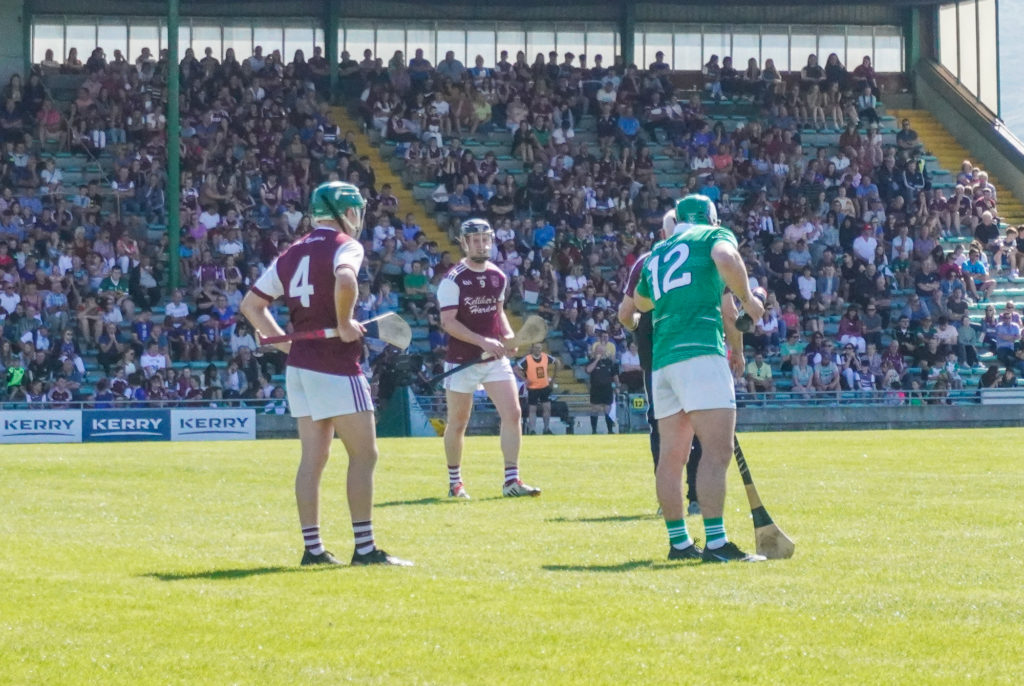 Joseph Diggins set off like a hare and laid off a lovely pass to Colum Harty who ran through the Ballyduff defence before firing the ball to the net for a Causeway goal.

John Mike Dooley’s second great save of the day stopped a certain goal chance for Ballyduff in the next passage of play.

There were 6 minutes of additional time at the end of the first half.

Ballyduff won a free from the first attack of the second half and Padraig Boyle made mistake hitting towards the Horan’s end to reduce the Causeway lead to three points.

Padraig Boyle came out from full forward to take a free closer to his own full back line and the dropping ball was cleared by the Causeway defence. Do Ballyduff have a plan? Are they starting to panic?

Boyle made amends with his next free from closer to the Causeway goal. 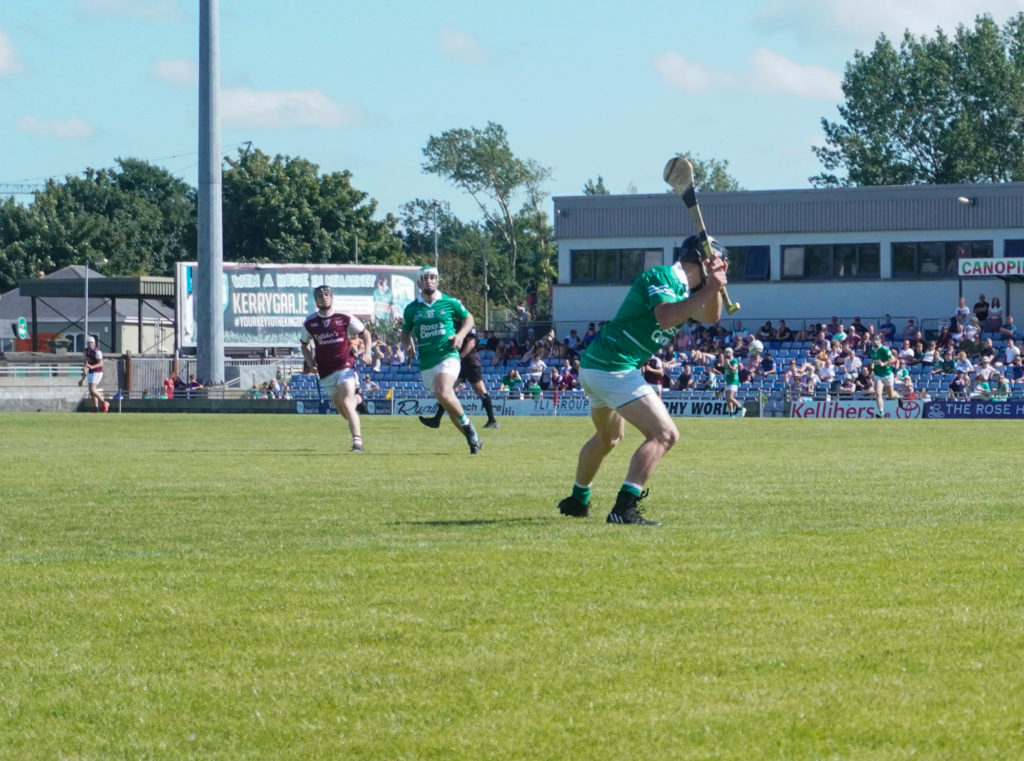 The gap was soon down to two points and when Padraig Boyle stood over the ball for a free to reduce the lead to 1, you’d be forgiven for thinking that it felt like a bigger gap between the sides.

Silly fouls from Ballyduff allowed Brandon Barrett to score a couple of frees to reopen a 3-point advantage to put Causeway 1-12 to 0-12 in front.

But Ballyduff weren’t going to give up and when the deficit was reduced to a solitary point, there was hope for the men in green.

Once again, as soon as Ballyduff had momentum, they conceded a scoreable free and a chance for Causeway to wind down the clock. The free in question was taken and converted by Brandon Barrett from his own 65 metre line.

Points from Gavin Dooley from play and then Brandon Barrett from a free allowed Causeway to open a four-point lead and it was their game to lose with four minutes plus stoppage time to go.

When Ballyduff came within a goal of Causeway there was hope for an equaliser. All hope was lost when Brandon Barrett found the Ballyduff net in the first of three minutes of stoppage time. “Curtains for Ballyduff.”

A late free scored by Padraig Boyle was the last action because the referee blew the final whistle to confirm that Causeway were the new County Hurling Champions. 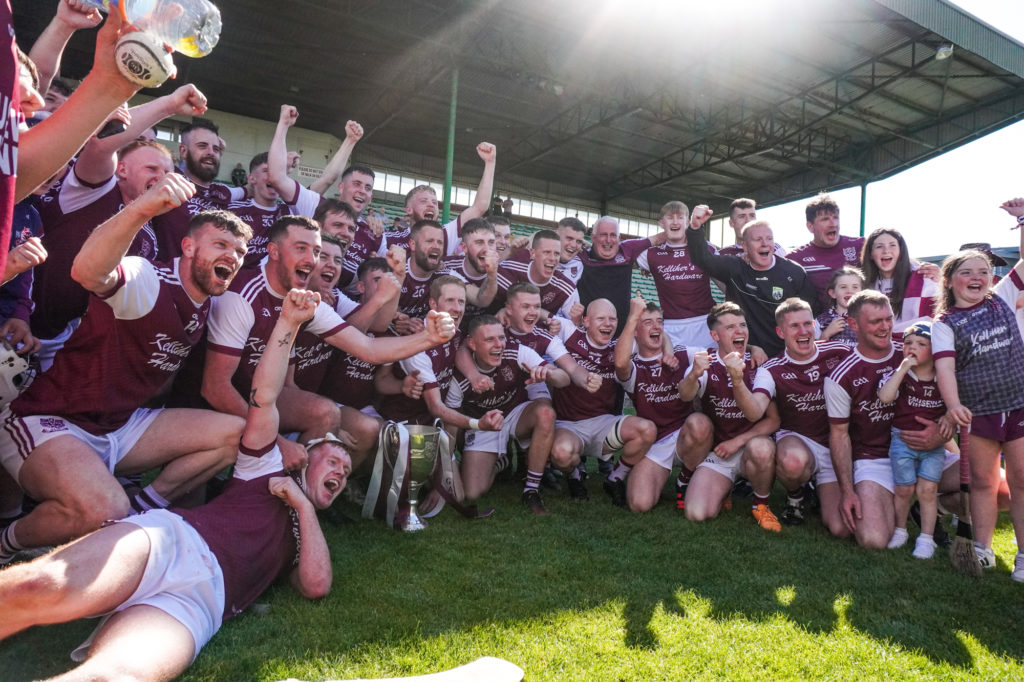 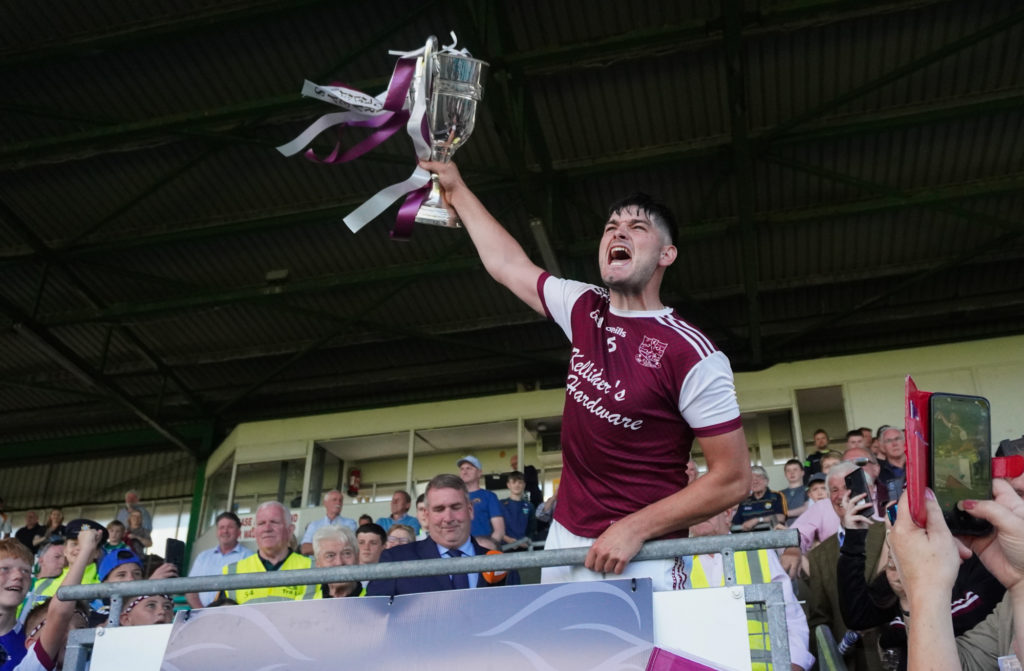 Colum Harty, the scorer of Causeway’s first goal was the Player of the Match. 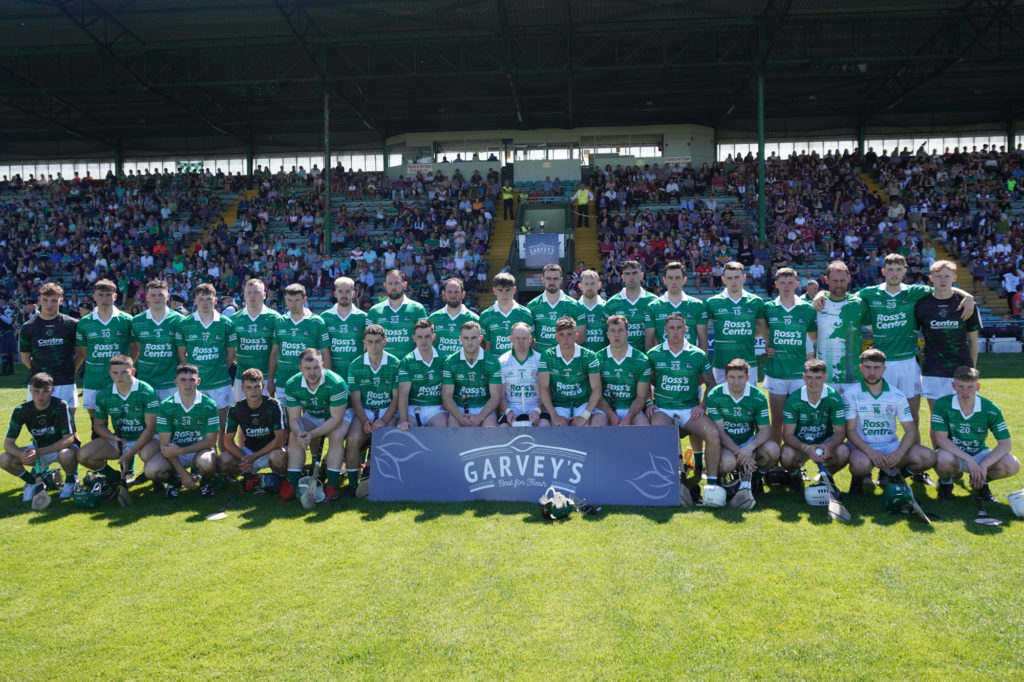 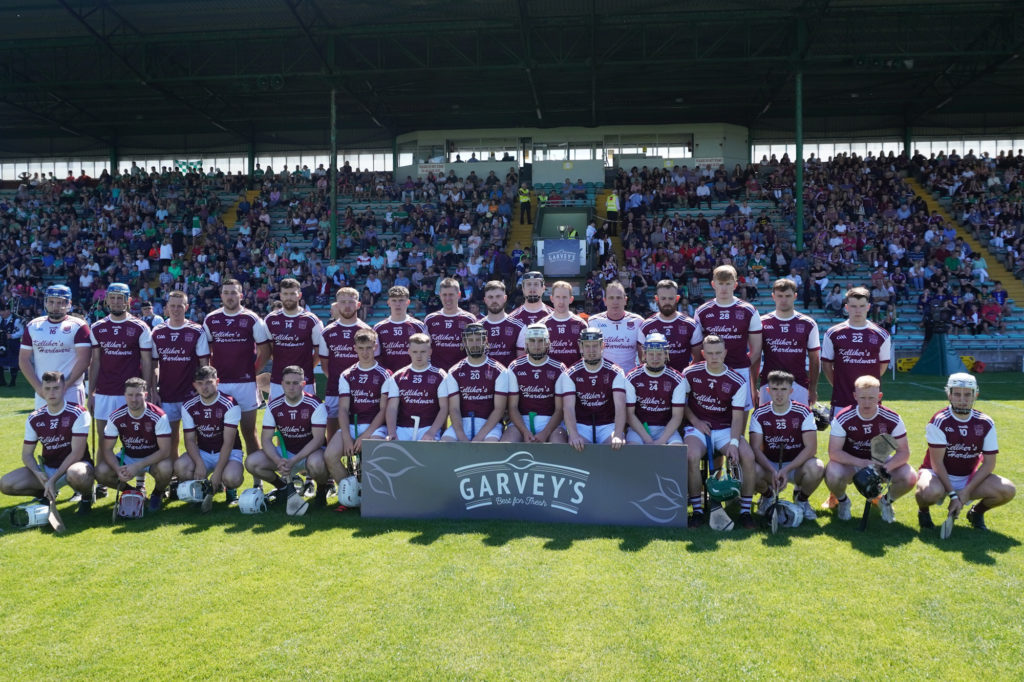